Famous festivals around the world

No matter where you go around the globe, everybody loves to celebrate. And when it comes to celebration, festivals offer something for everyone. In this quiz you will be asked to provide a bit more information about 15 famous festivals from around the world. We think 10/15 would be a great result. Good luck

The Dia de los muertos (Day of the Dead) festival focuses on gatherings of family and friends to pray for and remember friends and family members who have died. In which country is it a national holiday?

The Songkran water festival falls on some of the hottest days of the year and people celebrate by throwing water on each other, using water guns, buckets and hoses. In which country is it held? Every year on April 27 a European city turns a very bright shade of orange for King’s Day, which is the King’s birthday (Willem-Alexander of the House of Orange). Which city hosts King's Day?

Tomorrowland has quickly grown to become one of the world's largest electronic dance music (EDM) festivals. In which country is it held?

La Tomatina, a festival where participants throw tomatoes at each other and ride down those tomato-streaked slides having the time of their lives. In which country is it held? Oktoberfest is the world's largest beer festival held annually in Germany. In which city is it held? The Harbin Ice and Snow Festival exhibits the most exquisite ice and snow sculptures in the world. Every year people build incredible things out of ice and snow, decorating them with lights and lasers. In which country is it held? The Running of the Bulls is a part of the famous San Fermin festival - a practice that involves running in front of a small group of bulls (typically a dozen). In which city is it held? Pingxi Lantern Festival features thousands of sky lanterns and was originally celebrated to ward off evil and disease from the town. In which country is it held? Hajj refers to a Muslim’s pilgrimage to Mecca and is one of the five pillars of Islam. In which country is it held? Burning Man, it’s part Mad Max, part Survivor, and part Comic-Con, with an emphasis on experimental creativity, cooperation, and civic responsibility. In which US state is it held?

Carnival, widely considered “the greatest show on Earth.” is very colorful, thanks to creative costumes worn by the 70+ samba schools (each representing a different neighborhood) who compete for cash and national fame. In which city is it held? Up Helly Aa day involves a series of marches and visitations, culminating in a torch-lit procession and the burning of a galley. In which country is it held? Holi, also known as the Festival of Colors, celebrates the end of winter and the beginning of spring. Who traditionally celebrates this festival? Saint Patrick's Day, is a cultural and religious holiday celebrated on 17 March. In which country is it associated with? Famous festivals around the world 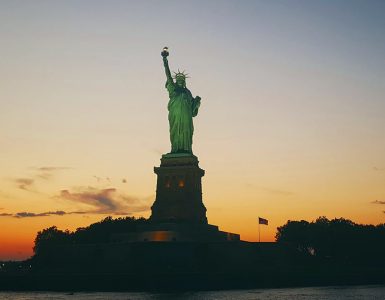 Time for another round of the general knowledge travel quiz, with questions ranging from famous lakes through to which island the Statue of Liberty stands on, there are 20 Questions designed to challenge your travel... Time for another round of the general knowledge travel quiz, with questions ranging from famous bridges through to the QANTAS acronym, there are 25 Questions designed to challenge your travel knowledge. We think 18/25... Can you guess the city and name of these observation towers?

We are sure everyone has been to at least on observation tower or deck somewhere in the world, today we test your knowledge at identifying the following towers by name and location. There are 16 questions and we think...