How well do you know international airports?

This quiz will sort out the frequent flyers from the rest, with a combination of International Air Transport Association (IATA) codes and airport names in major capital cities, this quiz tests if you have actually looked at those details on your boarding pass. There are 20 Questions and we think that 14 would be a good score. Good Luck

LAX is a famous American airport, other US airport codes also end in 'X', but one of the airports listed below is a fake. Can you pick which one?

Excuse the language, but which airport uses the code FUK?

If you are flying from CBR to NRT, which cities are you travelling from and to?

Where in Canada is this airport YUL located?

Orly Airport is located near which capital city?

Which airport is named after Leonardo da Vinci and has FCO as its code?

In which country is Suvarnabhumi Airport?

At peak times, how many flights per hour can the Hong Kong airport handle?

If you are flying from SYD to ZQN, which cities are you travelling from and to?

In what year was London Heathrow first opened as an airfield?

Which American airport has the most travelers per year?

Where would I be going if I was heading to Marco Polo Airport?

Which of the following is not a London Airport code?

Which German city would you be going if you were booked into TXL?

How many terminals are there at Charles de Gaulle airport?

Where are you flying to if GOT is on your boarding pass?

BNE is the airport code for which capital city?

In which city is the airport with code BRU located?

Which airport would I be travelling to if I am booked to LAS?

Ninoy Aquino International Airport in near which capital city? 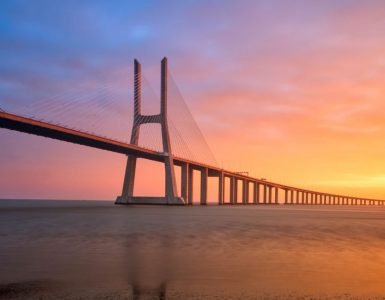 Iconic bridges from around the world

More than simply a way to cross water or rough terrain, historic and modern-day bridges are astonishing feats of engineering. Even though their function is simple and clear, the mere presence of these large man-made...