Time for another round of the general knowledge travel quiz, with questions ranging from famous lakes through to which island the Statue of Liberty stands on, there are 20 Questions designed to challenge your travel knowledge. We think 15/20 will be a good score. Good luck

What river begins as a spring in Pian del Re and ends at a delta flowing into the Adriatic Sea near Venice?

Considered sacred, what animal is the main attraction at Nara Park in Japan?

What Fijian resort island - attached to Viti Levu by a causeway - is home to top end hotels, a golf course and a marina?

Which country does NOT share the island of Borneo?

In 2004, the inaugural flight for Jetstar Airways took off from Newcastle landed where?

With nine neighbours, which African country has the most borders with other countries?

What airline was named the best in the world at the recent annual Skytrax World Airline Awards?

On what island is the Statue of Liberty?

In which US state is Kitty Hawk, where the Wright brothers conducted the first flight of a powered aircraft in 1903?

What private island in the Bahamas is an exclusive port for Disney Cruise Line ships?

In which country can you visit Lake Bled and Predjama Castle, as well as the capital Ljubljana?

In which country is the bio-diverse archipelago of 1500 islands known as Raja Ampat?

What is an ausbilden in Germany, a kereta in Indonesia, a pociag in Poland and a hyfforddi in Wales?

Formed by a massive volcanic eruption around 70,000 years ago, in which country is Lake Toba?

Seen by many Londoners every day, what was originally designed by Harry Beck?

What is the largest alpine lake in North America?

The Mexican giant cardon is the world's largest what?

What does Nusa Dua, an enclave of resorts on the southern tip of Bali, mean in English? 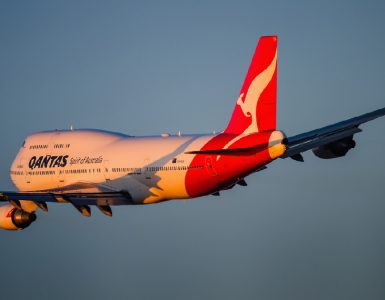 How well do you know airlines around the world? Even if you know the airline, do you know what country it is from? There are 20 questions this week and we thing 14/20 would be the score to beat. Good luck.

Time for another round of the general knowledge travel quiz, with questions ranging from famous cities through to the start and end of airliners. There are 20 questions designed to challenge your general travel...