Time for another round of the general knowledge travel quiz, with questions ranging from famous beaches through to airlines. There are 20 questions designed to challenge your general travel knowledge. We think 14/20 would be the score to beat. Good luck

Featured in the climax of the James Bond film Goldeneye (1995), the giant Arecibo Observatory dish is on which island? Opened in 1983, what was the first Disney theme park outside the US? Known for its canopy walk amid huge eucalypts, in which Australian state is the Valley of the Giants? Which Australian airport celebrated its 100th birthday in 2019?

In Turkey, what is a katmar?

The apex of the Sydney Harbour Bridge climb is how many metres above the harbour? P&O Cruises traces its origins back to the 1800s. What does the P&O stand for ? In which of the following destinations would you NOT find penguins in the wild?

Where would you (before the pandemic) find the busiest cruise ship terminal in the UK?

The Canary Islands are in which sea or ocean?

The birthplace of classical composer Wolfgang Amadeus Mozart can be found in which European city?

In what year did the Sydney Harbour Bridge climb first open to the public?

In terms of land area, which of the following south-east Asian countries is the largest?

Known for its volcanic peaks and sandy beaches, Moorea belongs to which island group? Which Australian beach is famous for the beach huts pictured below? Which of the following countries does NOT have a flag consisting of two horizontal bands, one red and one white?

Which of the following is NOT one of the official languages of Switzerland?

Which airline uses the tagline "A great way to fly"?

Created in 1879, which national park is Australia's oldest?

If the Union Jack flag is flying over Buckingham Palace, what does it mean? You may love food and think you know where they come from, but this quiz is designed to test how well you know the origin of the following foods? There are 20 questions and we think that 14/20 should be the score to... 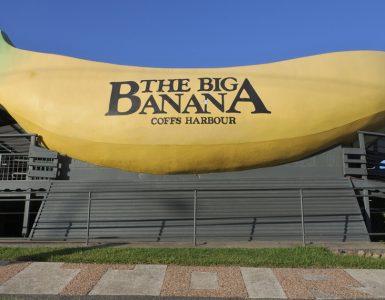 Do you know where can you find these Aussie icons?

From the Big Banana through to The World’s Biggest Sundial, can you name or guess where you find these Aussie icons. There are 20 questions and we think that 14/20 would be the score to beat, good luck. 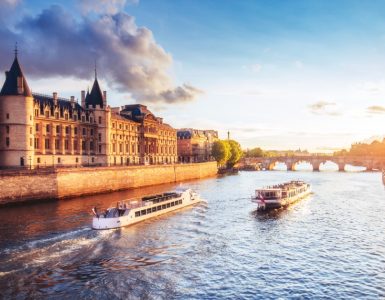 Time for another round of the general knowledge travel quiz, with questions ranging from famous rivers through to passports. There are 20 questions designed to challenge your general travel knowledge. We think 14/20...