The top 20 FREE things to do in the UK

Whether you’re looking for a wallet-friendly day out in the UK or just want to see something away from the usual tourist traps, we’ve pulled together a guide of the top twenty things to do in the UK for free. Play king of the castle on a romp around the walls of Conwy castle, an enormous structure with 21 towers on the Conwy estuary. From this commanding position you will have fabulous views across to Snowdonia as you go on an adventure around the sturdy walls, which enclose the town. You have to pay to go in its towers but the wall walk is free. It’s not just football-crazy tourists who’ll love this free museum in Manchester, which celebrates all things football. It traces the history of the sport and has amazing collection of memorabilia including shirts from world-famous players, both past and present, rare yearbooks, soccer-inspired art and various toys and games. Get your team active by kicking it out in the interactive penalty shoot-out zone.

18. Walk the streets of Shambles, York When in York visiting the Shambles is a must. ‘The Shambles’ is sometimes used as a general term for the maze of twisting, narrow lanes which make York so charming. At its heart is the lane actually called the Shambles, arguably the best preserved medieval street in the world. Many of the buildings on the street today date back to the late fourteenth and fifteenth century (around 1350-1475). Edinburgh’s beautiful botanic garden was established in 1670 and today its 70 manicured acres are home to a number of rare plants, including the largest collection of wild-origin Chinese plants outside China. Head to the fragrant Scottish Heath Garden to enjoy the aroma of plants from the Scottish Highlands, or to the stunning Rock Garden, where you’ll find 5,000 alpine specimens. With its history of Vikings and as a seat of medieval kings, this compact walled city is a brilliant place to spend a weekend. It has an array of activities, top-notch museums and historic monuments to visit although many aren’t free. A walk around the city walls is however. The longest and best preserved medieval walls in England, the circuit will take you around two hours and rewards walkers with fantastic views down on the city and across the surrounding countryside. The site of the London 2012 Olympic Games has been extensively redeveloped, and offers all sorts of activities, from playgrounds to pixel art. The Tumbling Bay playground features treehouses and rock pools, while the Pleasure Gardens feature a climbing wall 195 computer-controlled fountains – kids love dashing between the jets of water. You can turn the blocks on the Pixel Wall to spell out a message, and make sure to pose for a photo next to the Olympic Rings. Various paid tours are on offer, including a look around the Olympic Stadium and a boat trip along the canal, but entry to the park is free. Whether you’re planning to explore the breathtaking walking trail or want to go exploring the lighthouse, there are plenty of fun things to see and do at the White Cliffs of Dover. There’s a free walking map for adventurers, or you can pop into the visitor centre to get some tips on the best routes. It’s worth noting that there are car park fees if you do drive (It’s £5 per car). Harry Potter is big business in tourism, but amazingly Edinburgh’s Potter Trail is a free walking tour around some of the haunts that inspired JK Rowling as she wrote her famous books. So grab your wand and don your wizard robe to set off on a magical tour around Edinburgh. If you prefer to be outdoors, then you won’t be disappointed at the Peak District National Park. With heaps of walking and cycling trails, heaps of parks and woods with playgrounds, there is something for everyone. Of course the national park also contains more attractions that do charge (for admission) from farms to theme park Gulliver’s Kingdom, you can still have a great day out exploring for free. Trafalgar Square is a public square in the City of Westminster, Central London, built around the area formerly known as Charing Cross. Featuring a number of fountains, commemorative statues and sculptures, the square is a great place to sit down, relax and plan your next steps whilst exploring the city. Wild camping is tent camping away from designated campsites. Open-access legislation makes this easier than it used to be, though it’s still discouraged or banned in most places in England and Wales. However, it is legal in Scotland, where you can pitch your tent freely on all open access land, with a few guidelines: Clear all trash, fires, or pollutants, keep away from buildings, roads, or historic structures unless you have the owners’ permission and camp “lightweight” (i.e. in small numbers and for not more than two or three nights in one place). Borough Market in Southwark, is one of the largest and oldest food markets in London, with a market on the site dating back to at least the 12th century. You may be able to sample some exotic food from some of the suppliers as you walk around and explore, which is free, however you may find something so good you may want to buy. For mountains, valleys, villages, lakes, towns and even a coastline, the Lake District is perfect chance for you to work on your photography skills and Instagram. In the Northwest corner of England, the Lake District offers the entrancing beauty of the lower slopes of Great Gable, the many opportunities of the Coniston East Shore and even the 20-metre cascade that is Aira Force. Sky Garden is London’s highest public garden – a vibrant social space with 360-degree views of the city’s iconic skyline. Here, you can experience London from a spectacular viewpoint. Enjoy lush greenery, exquisitely landscaped gardens, observation decks, and an open-air terrace. Access to the Sky Garden is free of charge, but spaces are limited. Visits must be booked in advance through this site, and can be made up to three weeks in advance.

6. Discover the coastline and beaches, UK Considering that Britain is an island kingdom with nearly 7,800 miles of coastline, nowhere in the entire country is more than two hours from a beach. Discover spots like Durdle Door (pictured above), which is a natural limestone arch on the Jurassic Coast near Lulworth in Dorset. The Changing of the Guard is a formal ceremony in which a group of soldiers is relieved of their duties by a new batch of soldiers. The Queen’s Guard soldiers actually work in shifts of 2 hours each, which means new guards begin their shift every 2 hours. The event does not take place everyday, so check the schedule online and aim to be there for 11 am to see all of the action attraction.

4. Climb to the top of Greenwich Park, London Maritime Greenwich is a UNESCO World Heritage Site, and its grand views and architecture are the result of centuries of construction and changing uses. Climb to the top of the hill in Greenwich Park and outside the Royal Observatory you will find a fantastic viewpoint in front of the statue of General Wolfe, providing views back towards the Canary Wharf, the secondary central business district (CBD) of London. Passionate locals have been leading free guided tours of Bath for over eighty years. It’s a great way to explore one of the world’s oldest cities – prehistoric evidence suggests humans lived here thousands of years before it became a Roman settlement. The tours take in Bath’s most famous landmarks, including its beautiful Royal Crescent and historic Great Pulteney Street, which is the grandest – and widest – street in the city. It’s hard to believe that The Giant’s Causeway on the North coast of County Antrim is not man-made. The causeway looks like a roadway into the sea and is made of 40,000 interlocking basalt columns, some more than 12 meters high, produced by an ancient volcanic eruption. The tops of the columns form stepping stones, mostly hexagonal but also with four, five, seven, and eight sides, leading from the foot of a cliff into the sea. With exhibits from dinosaurs to human evolution and geology to marine life, you’ll need more than a few hours to explore this museum, but with free admission, you can always come back another day and start all over again in a new section. Our favourite bit? The dinosaur display’s, including Dippy, the Museum’s iconic Diplodocus cast 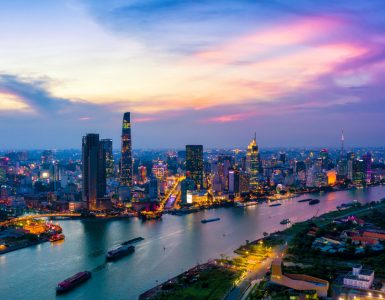 Top 10 travel destinations that offer the best value for money

Spending less money on a holiday does not necessarily mean that you are not going to enjoy the holiday. The goal of picking a budget travel destination is to make your money stretch further and they don’t need to... 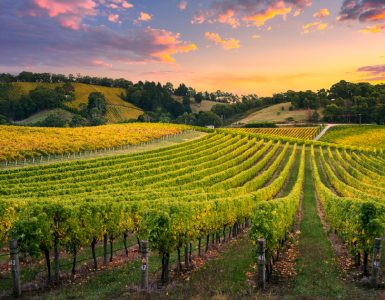 The best wine regions to visit around Australia

Renowned for producing world-class wines, the Australian wine industry produces approximately 1.3 billion liters annually and exports about 800 million liters to drinkers around the world. With 60 designated... 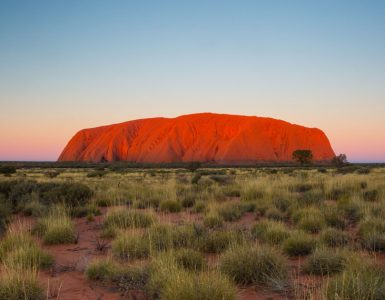 Top 20 places to visit in Australia for every traveller

Australia is full of natural beauty and iconic destinations, most of which you should add to your bucket list, if you haven’t already. this list has something for everyone from capital cities through to amazing...